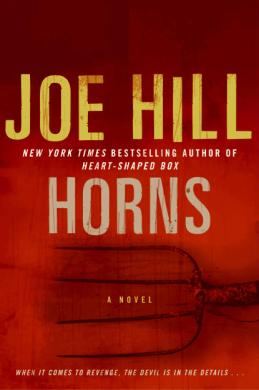 This book appears to be a very polarizing novel. You either love it or hate it. I fell into the latter for a good portion of the story. It’s starts off disgusting. Gross things is not normally something I have a problem with. Truth be told, the only scenes that have evoked this much disgust is Zachary Jernigan’s No Return. That was a much better book, though.

I guess it would be beneficial for me to say that I don’t like “I want Mommy to burn” Supernatural Horror. It feels cheap. Yeah, I can already hear you mocking me. I love SFF, yet found this “unrealistic.” I’m not about to argue that point, frankly because I don’t agree with the term “realism” in Fantasy. But there’s something about this brand of Horror that I strongly dislike. Not about to make excuses or points for it. You either understand or you don’t.

Moving on, Ig was a strange character. Not in the sense of eccentric, but that he didn’t always fit his own behavior, or sensible behavior for a “normal” guy. His flippish attitude toward the Horns in the beginning, not freaking out, just idly commenting that he’s going to the doctor, was weird. His inconsistent ideas are also taxing. Near the beginning, he walks into a church, asking for God’s help. At the end, through only a mild spout of anger, he starts throwing vulgarity and hate at religion. See, this wouldn’t be so bad or wrong if Hill hadn’t established in the previous chapters that Ig disliked God. Why flip to wanting help then jump back? This happened in the flashbacks too.

On that point, the flashbacks were the only thing that made me get to the halfway mark. They were concise, strong in their plot. They lacked any demon-y crap, so I enjoyed them. Reminded me a lot of Ian Banks’s Stonemouth. Once again, the demon-y crap is tolerable in other books. Not this, where essentially being the Devil (which I never found out, but am pretty sure) allows you to spring lighters out of your pocket with no problem at all. Can I hear dues ex machina?

You may call that nitpicking. I call it inconsistency. Books need guidelines. What’s to stop Ig from getting a small gun from his pocket when need be? Why not throw out any risk, if he can have a tool whenever he wants it?

The introspection really bogged down the story. I mean, who thinks in third person? Really? Even so, the pacing was remarkable. That doesn’t help the novel in way, though. The only thing that garnered a second star was the flashbacks, which were top notch.

His much needed punctuation, which is inexcusable from an edited author and son of Stephen King, was not.

The tipping point for me was the dream sequence smacked right in the middle of the novel. It was told in present tense (this is a past tense novel) from a different POV. (we’ve only had 1 POV this whole time.) I’m not a fan of dream sequences anyway. They’re hard to pull off. Really hard. But this right here was ridiculous. Completely threw out everything Hill has set up for the past 200 pages.

4 thoughts on “Horns by Joe Hill”