No, this isn’t about movies I’ve went and seen newly released this week. It’s about movies of last week that I’ve seen, not necessarily new.

See, my family has found this amazing thing called Netflix, and I, being off for a week letting summer begin, watched some  movies. And out of about five or so, three have been nothing short of amazing. Awesome, you might call them. They sit as my favorite movies I have seen in 2013. That means I can’t recommend them enough.

Well, the big question is, what are they? Unfortunately, I believe a list is in order. (More puns, not so much.)

This is a spectacular survival story that delves into philosophy and other trifle people could care less about. It asks the questions of basic survival, stuff I’m not going to elaborate on. It also has Liam Neeson in it; nuff said. One criticism I have (this being the reason it sits at #3) is that the group of survivors, stranded out in the middle of an Alaskan blizzard, for some reason refuse to carry any weapon with thme throughout the movie. I mean, if I  was being chased by “intelligent” wolves hell-bent on killing me, I would at least have a sharp stick at all times. Nonetheless, the movie ends on an amazing note, poetic and at the climax, something you don’t see enough of. But, Liam Neeson should be enough to sway you. 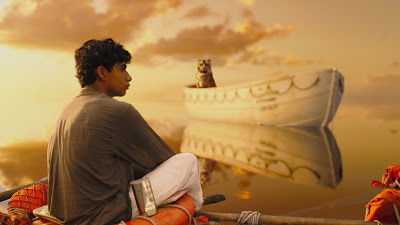 I will admit to having large reservations coming into this movie. I expected a trite piece of symbolism in the same vein as The Scarlett Letter, my all-time most-hated novel I never finished, but was supposed to. Add in the idea of literary fiction, and you can see all the clichés popping in my head, a firm lover of genre fiction. Suffice to say, I was wrong. This is a piece of literary fiction, trying its best to teach you a lesson about faith. But it stands beside greats like Forrest Gump, one of my all-time favorite movies. While the kid, Pi, can at times be a little annoying in the beginning, this being a survival story and all, the tale is rewarding at the end. It makes you question the whole movie, a marvel of storytelling. Plus, the SGI effects are amazing. When you see the whale, the jellyfish, and the sunken ship, you’ll understand.

I might be a tad biased, after watching this movie just the other night and being blown away. Everyone knows a James Bond movie will be better than the usual fare of stuff churned out over the year. But I didn’t expect Skyfall to be this amazing. From the beginning, I was hooked; didn’t care if the opening was like the usual action-y prologue that means nothing at the start. It was suspenseful. The soundtrack was sheer brilliance, Adele being a main contributor. And every action scene was pulled off with grace, with remarkable blows. The story wasn’t predictable. That in itself was a testament to my love for this movie. While Daniel Craig may not be a Sean Connery,  he’s still pretty great. I’m also reeling about the Scottish mansion’s fate to this hour.

4 thoughts on “Awesome Movies of the Week”